Plastid biogenesis in plants is a complex process involving the differentiation of precursor proplastids that develop into one of several types, including that of the photosynthetic chloroplasts. Chloroplast biology is a highly researched topic however there remains many uncharacterized players involved in chloroplast biogenesis with functions that are not well understood. Shikimate kinase-like 1 (SKL1), an ancient gene homolog of shikimate kinase, has been implicated in chloroplast biogenesis; the Arabidopsis thaliana SKL1 T-DNA insertional mutants (skl1-8) lack properly developed chloroplasts and present an albino phenotype.

Co-expression analysis of A. thaliana SKL1 with phylogenetically related plants including Glycine max, Zea mays, and Oryza sativa has led to the identification of a set of highly correlated genes that are specifically involved in chloroplast biogenesis, including that of thylakoid membrane formation and photosystem I or II (PSI/PSII) establishment. Generation of transgenic skl1-8 mutants containing a dexamethasone (DEX) inducible expression of SKL1 have shown partial functional complementation. DEX controlled expression of SKL1 in skl1-8 background A. thaliana produces green cotyledons however this effect does not propagate to the true leaves which remains white or partially variegated. Lipid analysis of these tissue types has shown that the white or variegated true leaves contain predominantly lyso-forms of the major lipid types whereas the green cotyledon lipid profiles are comparable to that of wildtype, containing intact lipids. Together, these results reinforce previous notions about SKL1’s role in development of chloroplasts and suggest its involvement in lipid synthesis however still remains to be investigated. 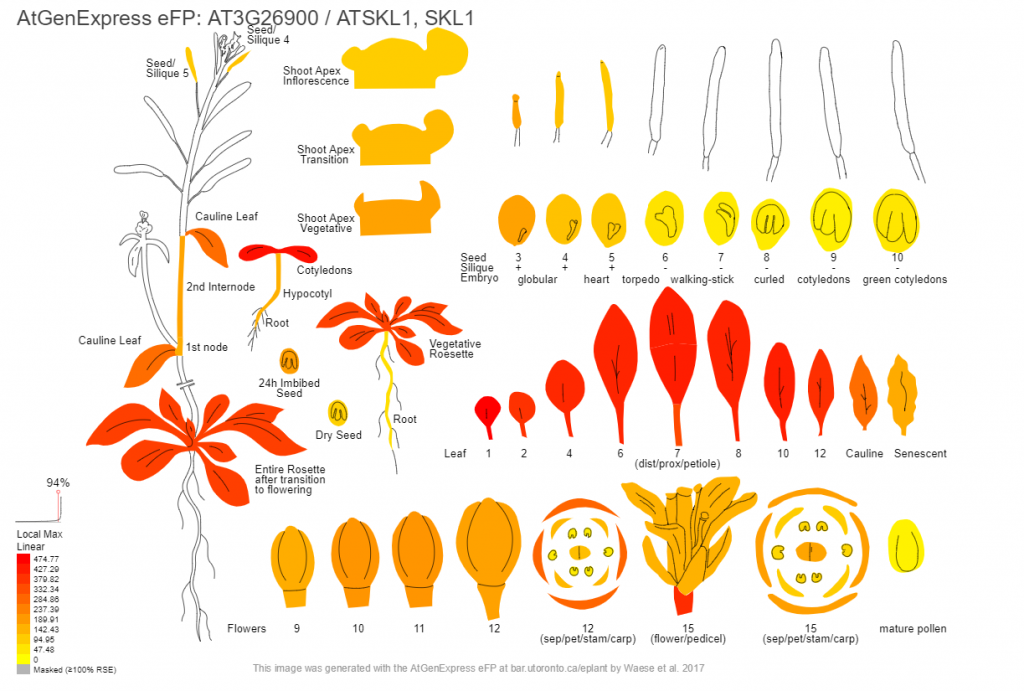